The money will be donated to East Winch RSPCA to continue their important work caring for marine mammals and seals like Mrs Vicar, who was rescued by Friends of Horsey Seals with a flying ring trapped around her neck and taken to the centre. After many months of delicate and specialist rehabilitation to recover from her wounds, she was healthy enough to be released back into the water thanks to the care provided. 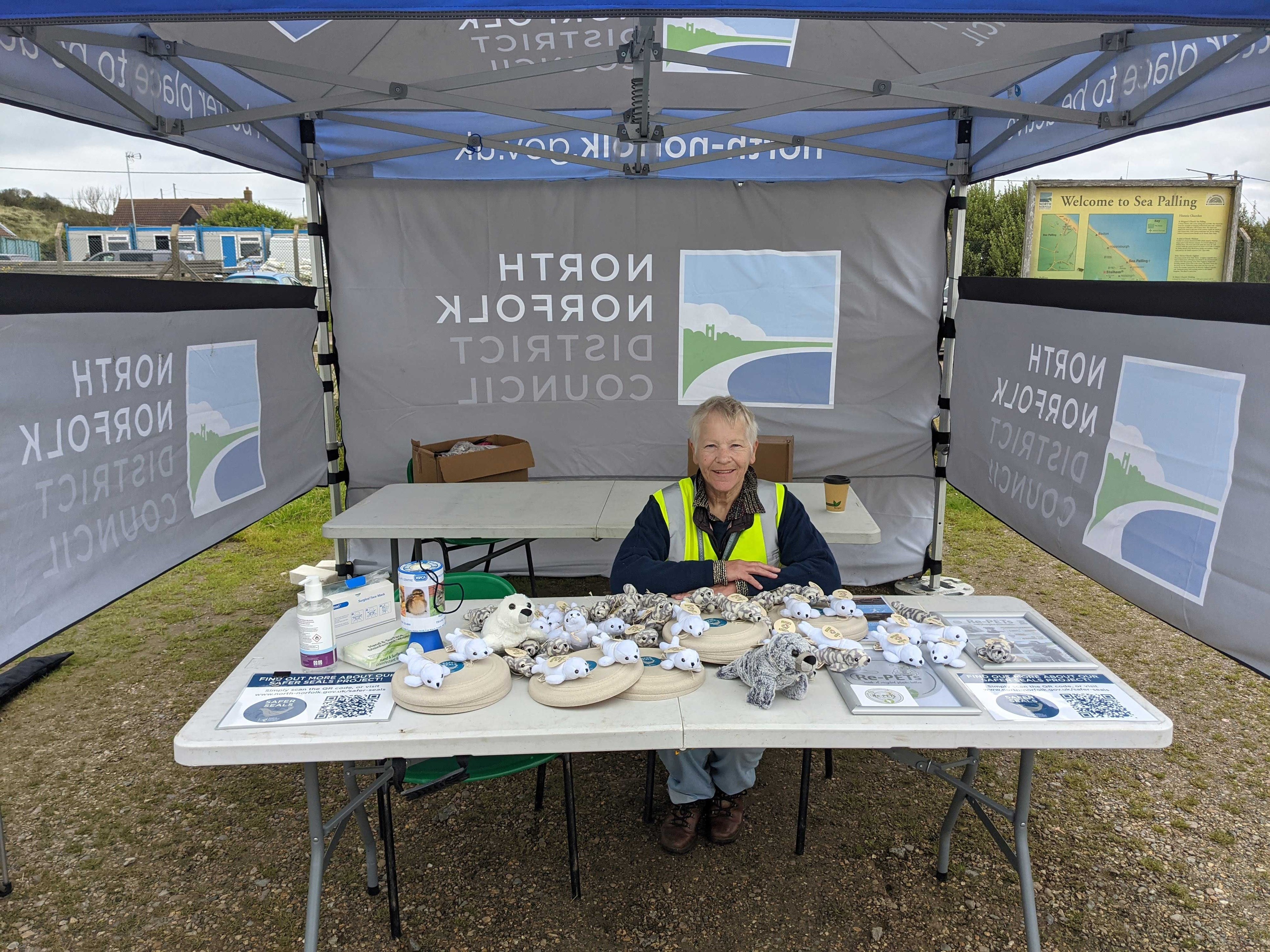 The Safer Seals tour was kindly joined by Friends of Horsey Seals to talk to the general public about seal safety in the district and the dangers of flying rings. 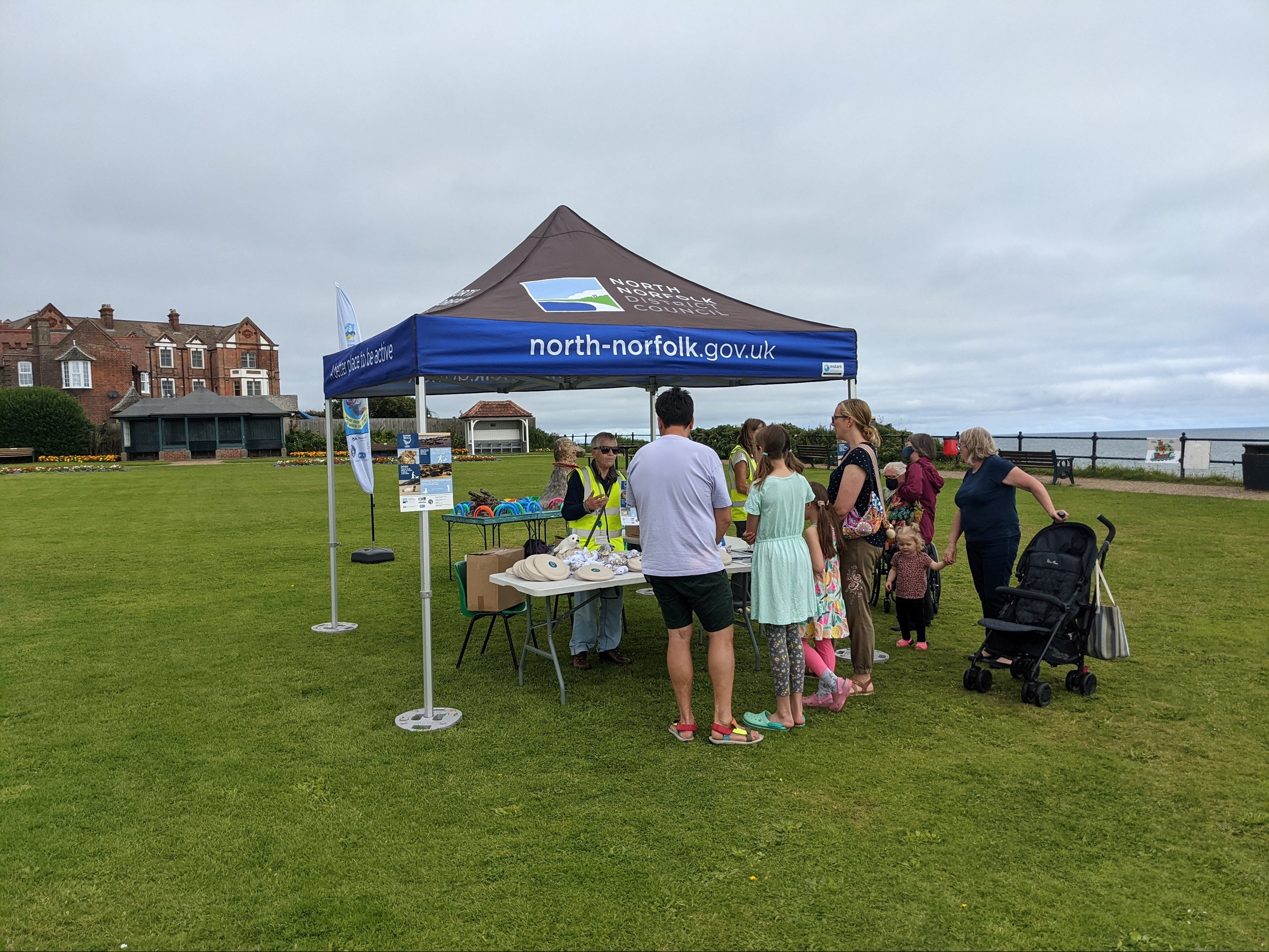 The tour visited Cromer, Sheringham, Sea Palling and Mundesley as part of the Council’s commitments to the Blue Flag beach criteria for improving the stretches of coast.

Alongside talking to the public, a flying ring amnesty was held and any harmful rings could be traded in for a 100% recyclable bamboo Frisbee, which pose no threat to the marine mammals if they are lost to the sea. 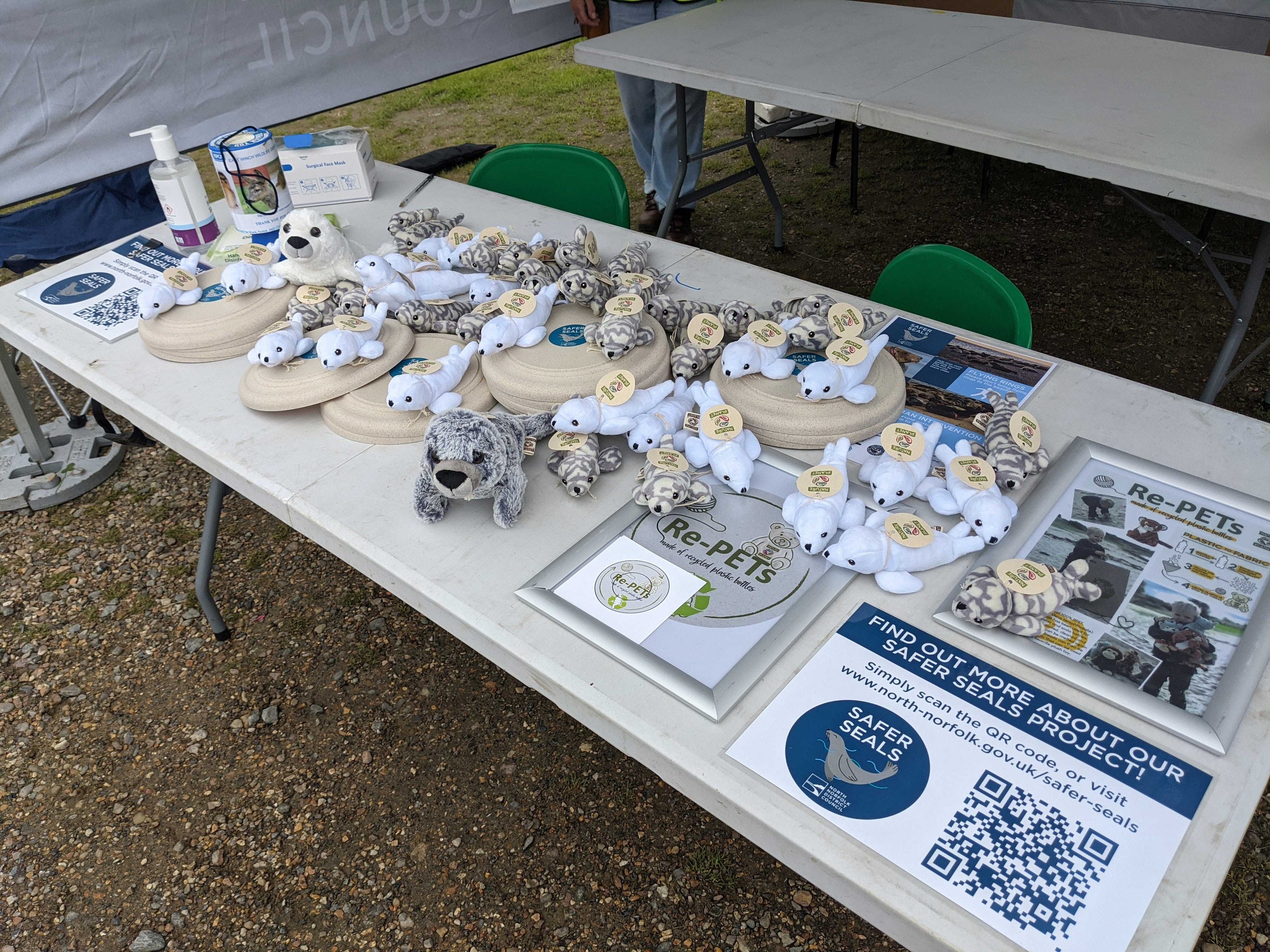 “I am hopeful that our safer seals campaign reached out to as many people as possible. These beautiful creatures have been part of our local environment for thousands of years, we therefore have a moral duty to do all we can to protect them.

I thank all residents and visitors who have followed our advice given and that of seal protection agencies in the district by giving these creatures a wide berth when they see them on our beaches, avoiding the use of hollow flying rings that can get trapped around their necks and by keeping controls of their dogs when around seals.”