Two accessible toilets in Cromer were discovered to have been badly damaged over the weekend.

Public conveniences at the North Norfolk Visitor Centre and the West Promenade were targeted, with significant and extensive damages caused by vandals.

The full extent or cost of the damage is not yet known, but the PCs are badly smoke-damaged, with the sinks and toilets also nearly destroyed in the West Promenade facility. 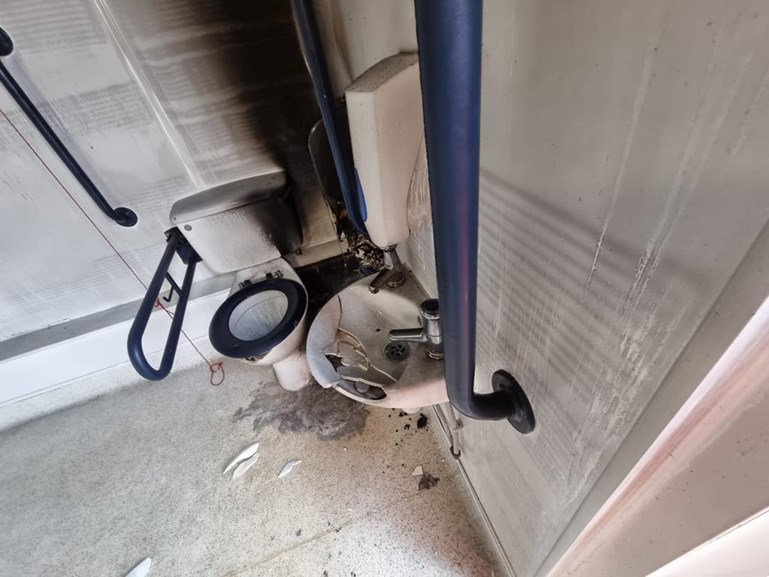 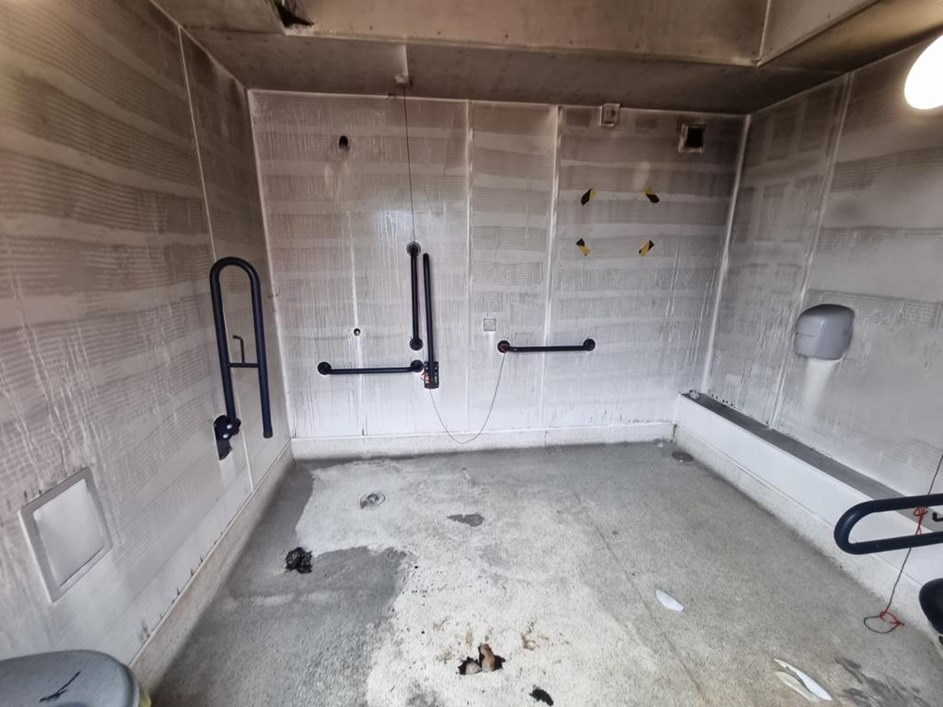 Shower facilities at the West Promenade 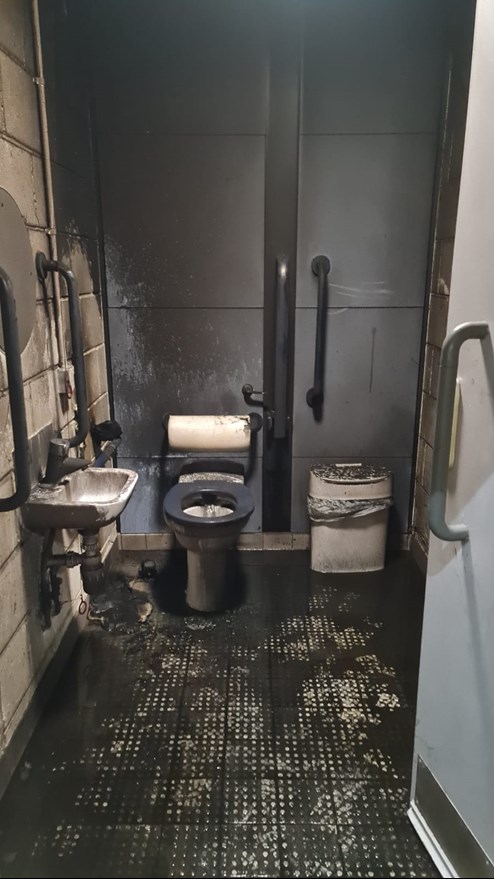 Accessible toilets at the NNVC 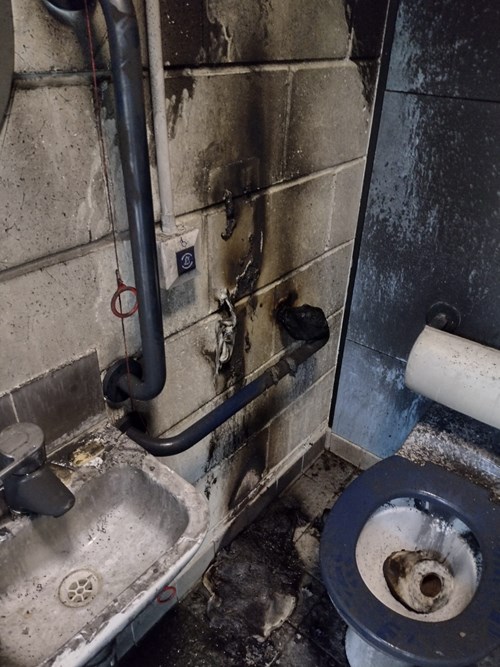 Visible extent of fire damage to the PCs

“We’re extremely disappointed to once again see toilets in the district being vandalised, in this case two accessible toilets in Cromer where fires were started and fittings smashed over the weekend.

“There have been a number of such incidents in recent weeks and every time they occur, this leads to toilets being closed for repairs and money needing to be spent on those repairs which the Council would much prefer to be deploying elsewhere to serve local residents and visitors.

“We are reporting these latest incidents as crimes to the Police and will co-operate with them fully in their investigations.

North Norfolk District Council is committed to providing public toilets in locations across the District in support of the local visitor economy, at a time when many local authorities are withdrawing from such provision.

The Council has recently approved plans to provide new modern facilities at Queens Road, Fakenham and Stearmans Yard, Wells-next-the-Sea, which will be delivered over the next six months at a cost of approximately £500,000, with future plans to make investment in new and upgraded facilities in North Walsham and Sheringham.

These proposals are intended to improve the quality of local public toilet facilities and acts of vandalism like those reported in Cromer over the weekend, sadly undermine that strategy.

The closure of accessible facilities particularly can also be a significant inconvenience to those who need them when visiting our towns.

These incidents have been discussed with local police colleagues who will investigate the damage and nearby CCTV.

View a full list of other accessible toilets in Cromer