Sheringham is once again open for skaters, as the park situated at The Reef re-opens after a temporary closure.

The park was closed while major construction activity took place on site, including the demolition of Splash, which it was situated behind.

The skate park, named The Strip, has features chosen directly by local skaters, who were consulted on what they would like to use, shaping the future of the new park.

They were presented with design options, and voted for their chosen park. Designed by Maverick Industries, it offers over 20 features, including 6 quarter pipes, flatbanks, rails and a stairset; an improvement on the previous park. 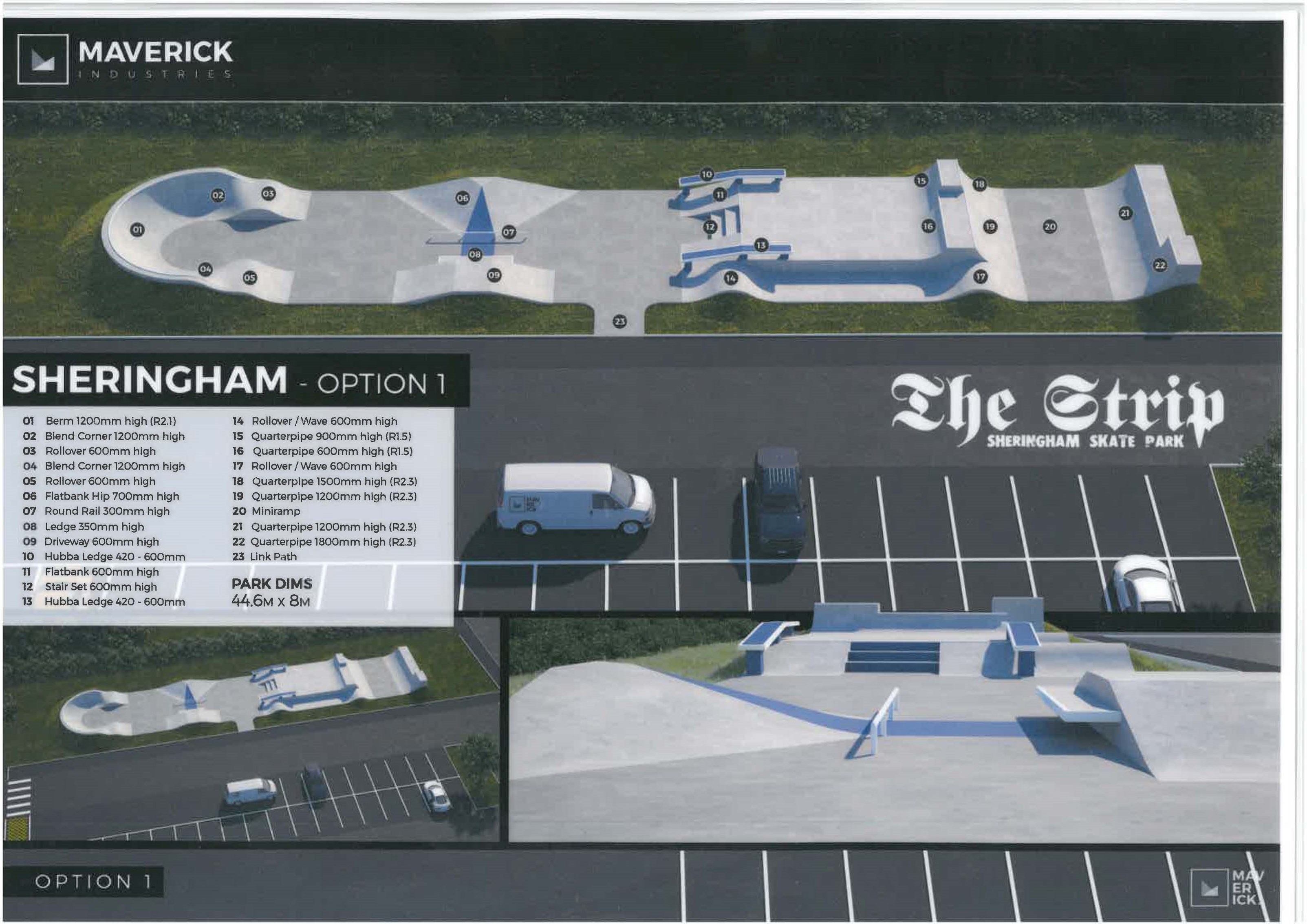 The chosen concept option for The Strip designed by Maverick Industries

“We’re glad to re-open The Strip for use – there’s certainly been a lot of excitement locally about the return of a skate offering and we’re happy that people can enjoy it once again.”

"Such good news that The Strip is back and better than ever, it's been much missed and we hope that skaters in Sheringham enjoy it once more."

The park is situated at the edge of the car park at The Reef, which is currently being tarmacked. Current access to The Strip is via the Sheringham Recreation Ground car park.