Cllr Tom FitzPatrick,Leader of the District Council said ‘Everyone who contributes to their community and helps others deserves recognition which is why we would like to publically thank the people who help others’

The Big Society Awards Night, was held at Sheringham Little Theatre on 23 March 2017 to celebrate the Big Society community spirit that helps to make North Norfolk such a great place to live.

The public were asked to nominate a project or a person who had made a difference in their community by 27 January 2017.

Categories open to public nomination were:

NNDC also invited projects which were awarded a Big Society Fund between 2014 – 16 to make nominations in one other category which was: 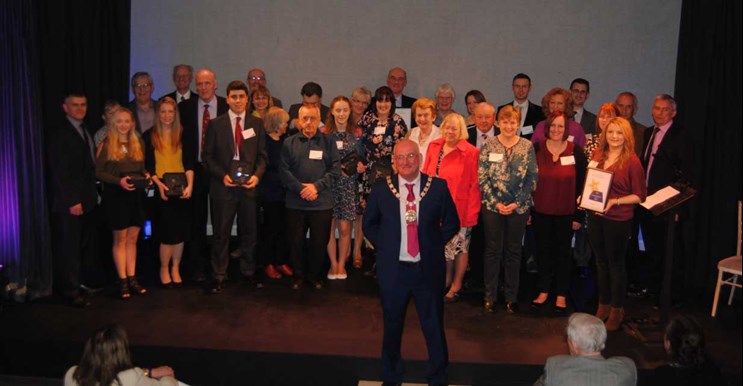 A special Thank You for their efforts was given to those people who played such a large part in the 'before and after' of the January tidal surge: