Athletes competed in the first triathlon at The Reef Leisure Centre in Sheringham on Sunday.

The event was organised by North Norfolk District Council and Everyone Active – the operators of The Reef – and was contested over a super sprint distance.

The race involved a 300m swim in the 25m main pool, a 17km cycle along a route spanning Weybourne, High Kelling, Bodham and back to Sheringham, and a 3km run, tracked to the high school and back again to The Reef.

Participants began their route in 10-second intervals, ensuring neither the pool nor roads were overcrowded.

Jack Foord triumphed in the men’s category in 47 minutes 54 seconds, with Liam Footitt second and Anthony Cude completing the podium.

Hear from Katy and Jack on the race:

"A brilliant first for The Reef.  Congratulations to everyone who took part in the Triathlon, to Everyone Active and to our own North Norfolk District Council Leisure service for organising this really enjoyable event.  Let's hope that it is the first of many."

“It was great to see people of all ages and abilities tackling The Reef’s first triathlon and congratulations to everyone who took part.

“We were delighted to see members of the community turn out to support the competitors along the route, providing much-needed encouragement.

“It proved a fantastic event all round and, hopefully, it will go from strength to strength in the coming years.”

Awards were also given to the fastest athletes in each age category. The age group winners were: 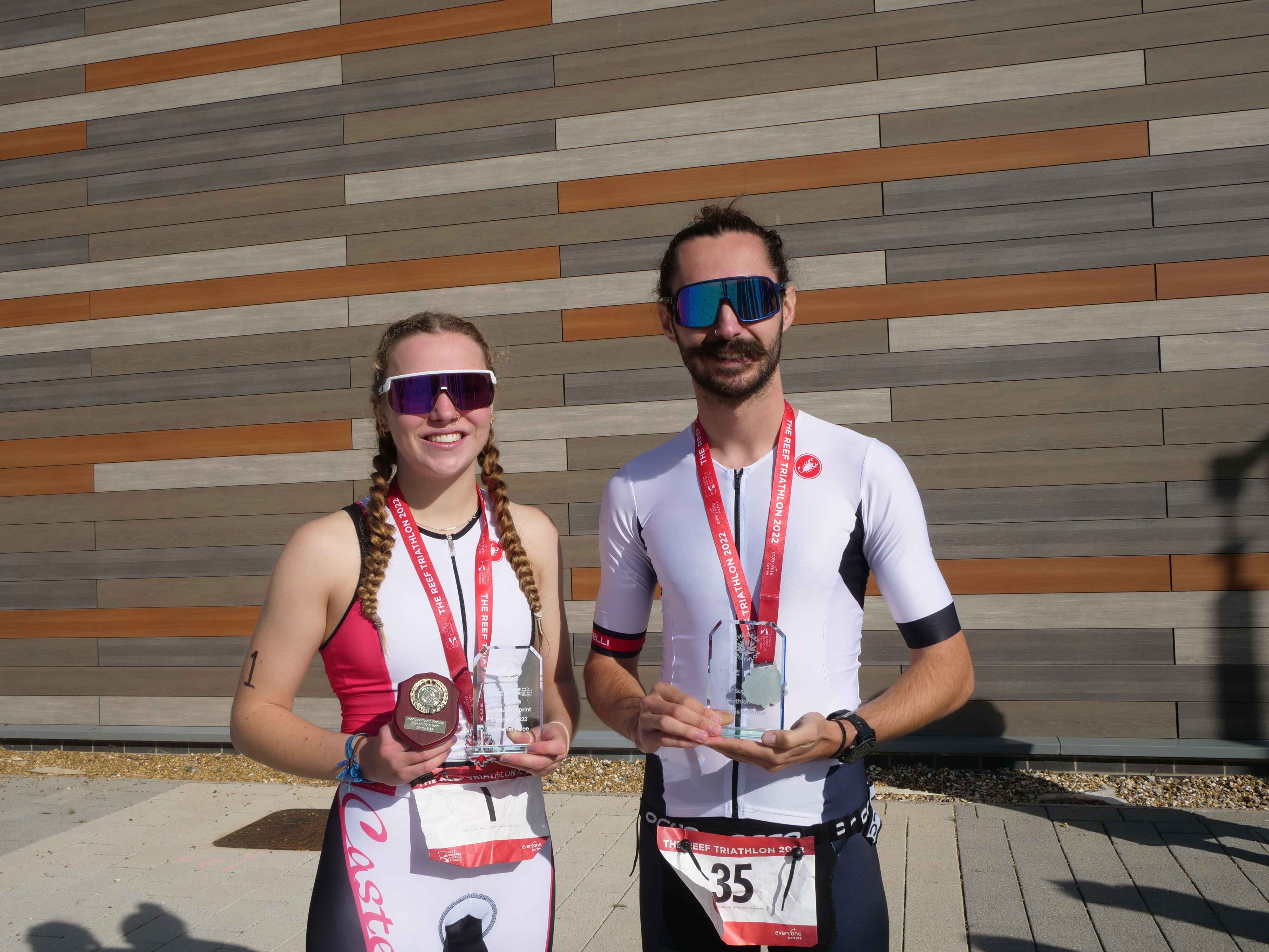 Find out more about The Reef at www.north-norfolk.gov.uk/the-reef