What is Deep History?

Deep History is a term increasingly used in place of the term pre-history; and has been coined to reflect the idea that in general the deeper you delve the older things are!

North Norfolk's Deep History Coast is the 22-mile stretch of coastline between Weybourne and Cart Gap which has revealed the most spectacular finds.  Happisburgh is the oldest archaeological site in northern Europe and West Runton yielded the oldest and largest fossilised mammoth skeleton ever found in the UK. The exciting West Runton Mammoth find is the most studied of its kind and ongoing discoveries have also revealed the bones of rhinos, hyaenas, wolves and bears.

Finds along the Deep History Coast have provided the earliest evidence for human occupation so far discovered in northern Europe.  They place early humans here in Norfolk some 350,000 years earlier than had been thought, at over 850,000 years ago.  They also inform and provide a focus for the emerging story of Doggerland - an area of land, now lying beneath the southern North Sea, which connected Great Britain to mainland Europe during the last Ice Age.

North Norfolk District Council has mammoth plans to bring the Deep History Coast to life through a number of exciting initiatives including:

Each of these initiatives will be designed to appeal to people of all ages and will provide opportunities for tourists and local people to learn about, explore and enjoy our unique surroundings.

A business pack will provide you will the basics and by signing up to the initiative you'll be kept informed of other Deep History Coast initiatives, events and news.

If you run a local business, particularly in the visitor and hospitality service, why not get involved and fly the flag and become an Ambassador for the Deep History Coast! As well as providing great new facilities and educational resources for local individuals and groups, the hope is to use this initiative to extend the benefits of tourism along the coast, to extend the season and to promote the area to new audiences, in order to increase the value of the local economy.

You can still get involved if you don't run a business - the Council is looking to establish a network of knowledgeable and enthusiastic people to help promote the exciting initiatives and encourage people to visit North Norfolk. 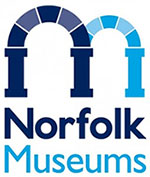 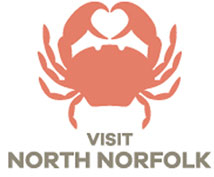 Stay up to date with our quarterly newsletters